Teboho J. Makoatsa is a South African Artist born at Fouriesburg farm by the name of Uittrek, in 1984 in the Free State Province. He grew up at Klerksdorp in the North West Province, where his dad was working as a miner in Steelfontein mines.

Makoatsa’s talent was first discovered in pre – primary school after he drew a fish that impressed his teachers and fellow classmates. Shortly, after he discovered that he was an Artist, he conducted his own research about the Art Industry and founded that there was legendary Artist by the name of Daniel Novela who was residing in his vicinity. He made efforts to meet him and he had a remarkable encounter with Daniel Novela. Daniel Novela made a great contribution in his life and he gifted him with his first art material which was a canvass, brushes and basic colors of oil paints. He told him to do anything with the material.

After completion of his matriculation, Teboho moved to Johannesburg and enrolled for art classes, what surprised him the most was that things he was taught, was things he was already able to do on his own which discouraged him a bit which led to him quitting and deciding to develop his talent in his own way.

In 2015, He returned to his place of birth and he became actively involved in the Clarens Art Community till 2019. Towards the end of 2019, he moved back to Johannesburg to pursue his Art Career. Upon arrival, he joined the Living Artist Emporium to exhibit his artworks. Currently, He is a resident artist at August House. 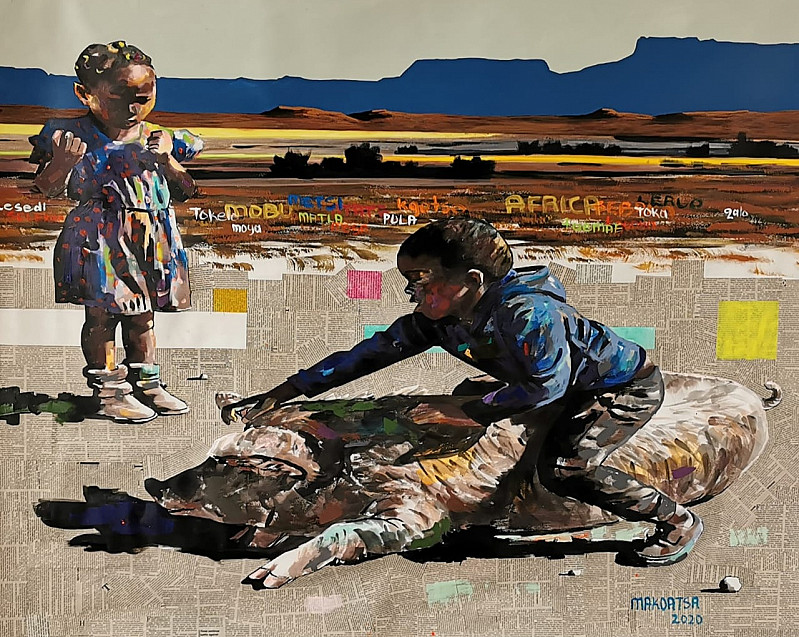 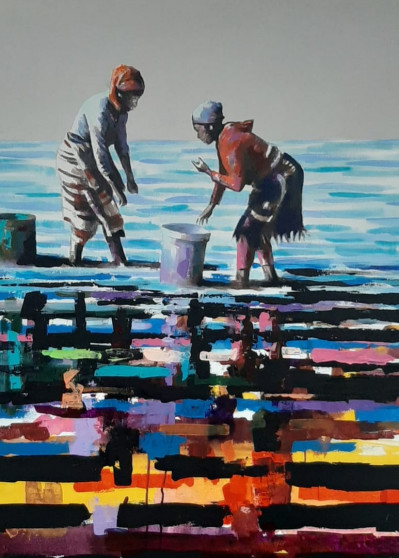 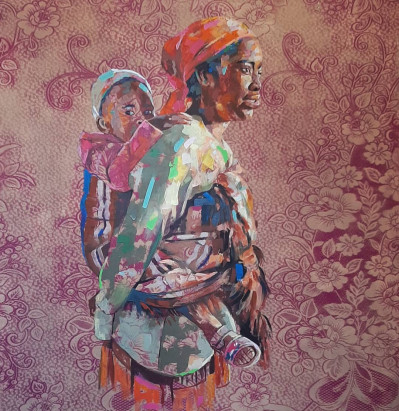 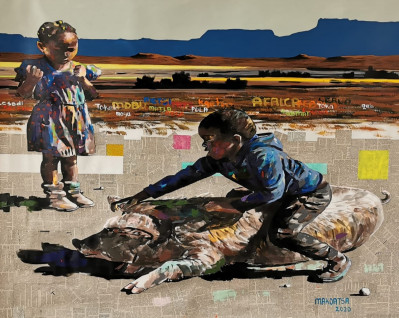 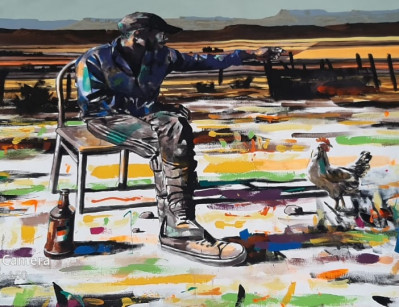